Set off from Yartar this morning. Had brief encounter with bandits, though I did try to warn them off before they attacked…

Before we arrived in Calling Horn, we ran into some merchants on the road. As we navigated our two wagons past each other, I realised they were Zhentarrim merchants. Nevertheless, we still exchanged gossip. It seems a lot of fire giants are out east, the way we’re headed. Can’t say I’m pleased. Also they’ve heard a rumour that up in Nesme, they saw a flying castle!

When we arrived in Calling Horn a short time later, we met Tamalyn Zoa the unofficial mayor and official innkeeper. She offered us free board if we could take care of a nearby orc warband for her. We managed to find their hideout and get the jump on them, but even with all that advantage, they still had us on the ropes! It’s a worry. Also it’s a worry that there were so many of them, and so many skilled ones. When we came back we warned Tamalyn of this unusual sign.

Last night we were attacked by trolls. Thankfully due to our plans and arrangements in case of ambushes and emergencies, we were ableto dispatch them quickly. Tamalyn was alarmed and has told us she will reward us if we investigate further. We have told her we will return after visiting Noanar’s Hold and giving up the cargo of saddles. We set out this morning.

The road over the last two days was easy and we arrived at Noanar’s Hold. To be honest I can’t wait to leave, and we will do so this morning. I suspect the lords of the hold have some kind of unholy alliance going on, and the villagers seem to almost like the bondage they are kept in. Perhaps this place needs a social change, but I don’t feel I have the power right now to change anything, especially while we are bound to return and help Tamalyn. Perhaps sometime later we will return and investigate further. But for now, we have delivered the saddles.

I write to you once again feeling grateful for my life! Three days ago we returned by Calling Horns and left Boris and the wagon there while we went tramping up into the Evermoors. Over the last few days we spotted a flying castle in the north. I don’t think it looks like Count Nimbolo’s or Zephyros’s, so perhaps this is Sansiri, another cloud giant Nimbolo mentioned?

Anyway, the thing that nearly killed us all was when we crested a hill this afternoon and found ourselves facing four trolls. We tried to best them. It was going badly very quickly, and we hadn’t downed a single one, so we started to run. Aukanthi stayed behind to let us run, and fell. I flew above and tried to heal him, panicking, thinking I would surely lose my friend and bodyguard, when suddenly from out of the mist burst a frost giant, bellowing and singing a saga. Cheerfully he tore the trolls limb from limb. After healing Aukanthi, I aided the troll by incinerating the troll corpses.

He introduced himself as Harshnag! We rejoiced at finding him, and at such a desperate moment. He said he had been looking for us too, as he had heard there was a person called Genora Amcathra who was trying to solve the giant crisis. We set up camp for the night and tried to recover from our terrible wounds, though I sat up most of the night and talked with him about many things. Such as, what was it like to be in Force Gray all those years ago? Where have the griffons gone? Why weren’t the storm giants stepping in? Where are the stone giants? (in the south east). Why won’t the fire giants speak to us? (they are big meanies!). What are the fire giants after? (pieces of the Vonendod, some great big construct of destruction?!). Also, how was he intending to help us? He said he would travel with us, and that we should set our sights on the Eye of the All Father, a giant oracle in the mountains to the north. I told him we would get there in time, though we had somethings to sort out first. 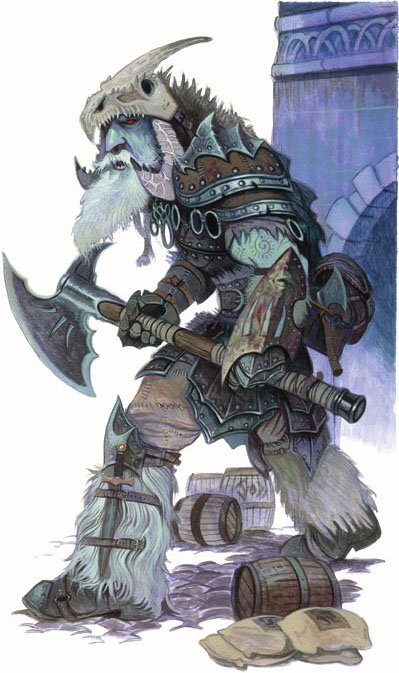 Last night I had a dream. I think I was a storm giant in my dream, because I came out of the ocean and saw a tiny island of little people. Anyway. I thought it was interesting. The rest of the day was uneventful, though Harshnag and I spoke of many things. We are headed towards Everlund now, to fulfill the promise we gave Darathra of Triboar.

Unexpected help was found in Everlund! When we gave the symbol of Triboar to Darathra’s contact, Drell Thelor, he quickly gave us some wine. What we didn’t expect is that the wine would transport us immediately to the tower of the Harpers in Everlund. We were a little unwary at first, but then we were grateful because they promised us aid. That aid was the use of the Harpers’ teleportation circles in Everlund, Yartar, Neverwinter, Waterdeep, and many other places. As such they have deputised us temporarily to the Harpers and given us secret badges. We were sorely tempted to use the circles immediately, but we had left Boris and the cart in Calling Horns, and we hadn’t told Tamalyn that we had dealt with her troll problem yet, so we decided to return there and then use the teleportation circle in Yartar.

On the road, so no festivals… but Umbero chose tonight to make his move. About time!

Four days ago we went through Calling Horns and picked up Boris and the cart again, and told Tamalyn that we had dealt with the trolls. She gave us a letter and told us to take that to Yartar to meet her contacts there. So we arrived in Yartar again last night and gave the letter to Kolbaz, a Harper mage here. He told us to wait one night and we would get our meeting.

This morning we met with the contact. Turns out she was a member of the Hand of Yartar, an all female gang of thieves. To be honest I was a little disppointed that this was Tamalyn’s contact, and I thought for a moment about how I could use an illegal contact to do something good. So I asked her to find some way to help Kaelen’s theatre which was starting in Triboar. She was willing to do so. I wonder what help she might give… Perhaps we will see when we go through Triboar next.

After the meeting with the contact Kolbaz came back to see us and told us that he had heard there would be a covert meeting of the Zhentarrim in the ruins of Nesme, and it would happen soon. Perhaps too soon for us to reach them. But it turns out Harshnag is as motivated to end the Zhentarrim as I am (though I didn’t tell him that since his days, they are less Evil, only lower-case evil these days) so he said if I cast Haste on him he would pull us in our boat up the river and he would run for as long as it took. We agreed, it was worth a try. So I am writing this from a sickeningly fast boat, in the evening light. Harshnag’s pace has not let up for hours. Here’s hoping we make it in time!

Today, we reached Nesme. We left Harshnag and Aukanthi back and the sneakier three of us crept up into the ruins and overheard the conference between a Zhentarrim priest and… a fire giant? What could they possibly have to gain by working together? We started to get an idea as we listened. We learnt that Duke Zelto has some Zhetarrim kept as pirsoners (the fire giants bother to take prisoners?), and that if they allied themselves, the Zhentarrim would help them assemble the Vonendod (it would seem that there are some places where even Zhentarrim and fire giants fear to tread? It’s possible they might be enlisting dark elves to help with some special mission… either way, this is an unholy alliance!). They also said they would like to be able to talk to the fire giants about the targets they had once the Vonendod was assembled… including the tower of the Harpers in Everlund!

The priest sent up his flying snake to deliver a message to his superiors. Umbero sent up a crossbow bolt, but it missed, so I cast a flying spell on Ninya and she rocketed up and slashed the snake to shreds. She landed amongst the ruins and hid with the letter in her possession. The priest and the giant sent their minions to search for her. We sent Rillix off to fetch the others, and laid low, hoping Ninya would not be found before Harshnag arrived. He soon did, and bellowing, let fly a great boulder which smashed the fire giant in the face. Ninya flew back to us and we let loose. The four of us smaller people focussed on taking out the priest first with him being a spellcaster, and we managed to do so. The giants fought, and the fire giant started to run away. I cast Haste on Harshnag and he waded through the smaller thugs and hobgoblins in order to chase down the giant. He all waded with him, and once he was free of the smaller fighters dragging him down, he took off, fast catching up with the fire giant. He caught up but the fire giant managed to smack him down. I flew quickly above the hobgoblin crowd and cast a spiritual weapon spell as a last ditch attempt to down the fire giant… and it worked! I knocked her out!

Now in the ruins of Nesme, we sit, Harshnag healed, and Aukanthi and Umbero are currently tying up the fire giant for an interrogation. I need to think of what our questions will be…