We interrogated the fire giantess, though I’m not sure how effective it was. We tried to find out why they were letting the Zhentarrim wheel and deal and call the shots. In the end we didn’t find out much, but we did realise that for some reason the fire giants are scared or intimidated by them. Weird. We also learned that the Storm King may have fallen, and that possibly the reason why the Ordning is down. The fire giant said it was because he meddled with humans. I don’t know about that.

Either way, in the end we bluffed and said we have a piece of the Vonendod, they will never get it, and in an ultimate show of cockiness, simply let her go and walked away. But of course, we are tracking her now.

It’s been a week since Nesme. We pushed ourselves hard on a forced march northeast to track the fire giantess, but unfortunately today we lost the trail as we had to hide from another frost giant (Harshnag insists it’s not worth me trying to make friends). So we’ve looked at our map and decided we should turn east to Citadel Felbarr, since we have been told we will have a friendly reception there (well, except for Harshnag, who will have to wait outside).

Today we finally reached Citadel Felbarr after a much more relaxed journey over the last four days. The dwarven fortress is impressive, and shows signs of orc incursions. After a while we were granted an audience with King Morin and Queen Tythnal on the strength of our letter of recommendation from Ghelryn of Triboar. They knew many things we did not – for example, that the fire giants lived in Ironslag, four days northeast! Once we shared what we knew, and the story of the Vonendod, they asked that we go and destroy Ironslag and bring back proof of our victory. They will reward us with a fort of our own should we return. Well, I suppose we will have to give it a go!

I didn’t mean to be taking on the fire giants so soon, but it would seem this is where life is taking me… 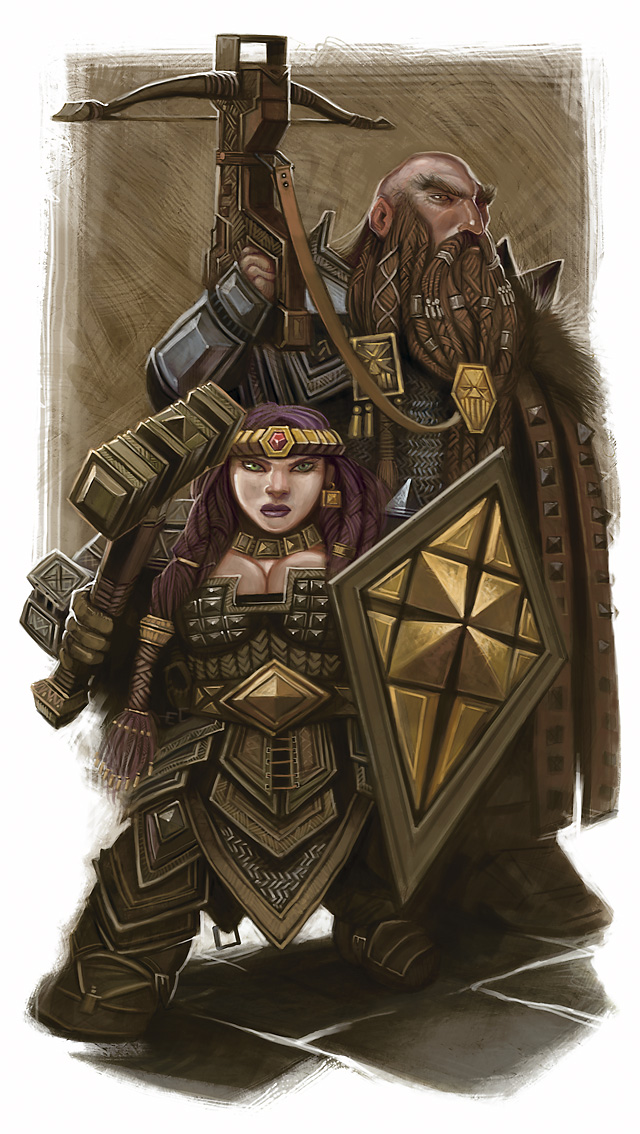 We have marched for four days and found ourselves outside of Ironslag, the terrible, great city of the fire giants. I write now before we infiltrate, should I not survive.

On the first day out from Citadel Felbarr we fought a band of orcs before we met up with Harshnag. On the third day out we narrowly missed running into a trio of fire giants. But earlier today, we could not avoid the band of primitive Northmen, warriors of the Black Lion Clan. We fought them, until their shaman bowed before Ninya and declared her their god incarnate. We quickly exploited their naivete and pretended she was, and tried to convey to them that they should attack Ironslag today. I don’t know if it has worked, but we didn’t stick around to find out, just in case the god facade doesn’t hold up.

Well. We’re going to plan now and head in. Wish me luck. Hope I don’t have the bad luck this time that I had in Triboar…