We have decided not to take the airship, and the offer from this dangerous Klauth figure. Instead, we have teleported our way around. We popped into Neverwinter to visit Sir Lanaver and let him know that Sir Baric is up in Bryn Shander. He told us the gossip in Neverwinter, that there was a knight called Danica Zarn who has joined a dangerous order of knights called the Gilded Eye. They are going around persecuting people they believe are worshipping devils, with very little in the way of evidence. We told him we would look into it.

Popping back to Waterdeep, we visited the tavern recommended to us by Duvessa of Bryn Shander, and asked about the ship, the Dancing Wave. It turns out the ship hasn’t returned from its last voyage. I will investigate if we go up the coast again – which I’m sure we will.

Lots of shopping, meanwhile, since we’re in Waterdeep. With our new treasure hoard we were able to update our armours, get a couple of pre-loaded wands of lightning bolts and fireballs, and most importantly, a small metal cube which is an instant fortress! We shall live in style on the road from now on!

We set out again tomorrow. We have gotten the hint we need from Zira, and we know the location of Tazen’s fortress. Lafarus ‘escaped’ from Laeral’s custody and has led us right to it. It is on the edge of the desert Anauroch. He’s going down!

We’ve travelled ten days from Everlund. In that time we only ran into a small band of bandits, who ran away when they realised who we were. During this time we also celebrated the Feast of the Moon. The others tried to get me to talk about my past life as a giant princess. I couldn’t bring myself too. I’m too confused still.

I’m starting to remember Hecaton, my giant father. He was distant, and quick to anger. He didn’t really favour either me or my sisters. It was Mother who favoured me. I can’t remember much more than that.

We’ve finally reached the fortress today. Its fallen doors were guarded by some black pudding, which we defeated. We also met tanarukks in the courtyard, and when we went inside without Harshnag, we met wyverns, helmed horrors, and animated clothing in the first level. We also ran into traps, like illusory voices, a poisoned box, a bed with a long-term sleeping enchantment on it, a second bed with yellow dust that we kicked up, a log hanging over a chest (we used Halani’s unseen servant to empty the chest of money in case we set off the trap), and a room full of rats (but we had a bag of dried peas from another room, so we gave them that and left). 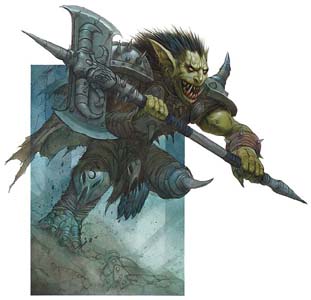 We went down the stairs and saw a statue of a wizard called Gygar, that looked as if it was missing some orb or other from its hands. We ran into a snake den and more tanarukks, and then decided to call it a night.

Going further in the second lower level today we saw first an elven skeleton with a magical longsword and a spellbook. Halani took both of these. Exploring the level further we found the throne room of the chieftain of the tanarruks, who we defeated, bodaks eating an orc corpse, which we defeated, and a singing silver urn, singing an elven song, which we took… and then put in Halani’s ethereal chest because it wouldn’t stop singing. We took on orogs in their stinking living quarters, and Aukanthi fell in a pit trap with a skeleton in it, which had a magical shield which Umbero took.

We found the way down to the bottom floor, and Umbero snuck down with an invisibility spell. He saw Zhentarrim guards so we attacked quickly and kept them quiet, because we realised we were on the right path now. Going further on this floor we met with chain devils, and a black altar to Asmodeus, with a book of devil worship on it (we have confiscated it for further study) and the heartless corpse of Lafarus, poor shmuck.

We had several magical traps to avoid on this floor. We narrowly avoided touching a magical tapestry that would have alerted Tazen. Ninya zoomed through a corridor of statues and Halani quickfired a Counterspell at the magic in the room, completely switching off the spell in the very moment it was invoked. We found ourselves in the inner sanctum, where every door was hidden and would not open from this side. So I drank a potion of gaseous form and when under the door, only to find myself face to face with Tazen!

Only joking. It was an incubus disguised as him, which we found out once I’d let the others through and we’d defeated him. Going through another fake door, we found two incubi pretending to be him, and then a fake bedroom. We almost gave up, until Ninya pointed out that our eyes were being fooled, but she – and our magical lion statuettes – use their noses to perceive the world. So we summoned them and because of their efforts, we were able to find the real secret pathway to Tazen’s real inner sanctum. He summoned a horned devil and while we fought it, he flew away down a hidden corridor.

Once we defeated the devil, we chased after Tazen, but I slowed everyone down and we just listened. Tazen was talking to something massive. I popped the edge of my mirror around the corner and we saw… a red dragon. This dragon lost its patience with the whining Tazen, and burned him to a crisp. We left, deciding it would be far wiser to let this dragon leave with the treasure hoard Tazen had assembled for it.

In Tazen’s real bedroom meanwhile we found a chest with guantlets of ogre power (which Halani has taken), a wand of paralysis, a rope of climbing, and two healing potions. We covered the rest of the areas of the fortress that we hadn’t seen, scaring off the remaining guards by telling them Tazen was dead. We also ran into a room full of beautifully shiny shelled flail snails. A quick message to Twyla later, and we teleported them to Laeral’s garden for her enjoyment.

In one room we saw another statue of Gygar, and the wall had musical notation on it. As I began to sing, knowing how to sing from sightreading, I realised I had done the right thing, as the statue had been clicking into gear to start shooting out fireballs. We recognised the tune as I sung it, and Halani took out the singing urn. The statue appeased, we took the money in the room and left. Halani still has the urn now in her ethereal chest.

We knew we had one last thing to do in here, which was to find the thing that belonged in the hands of the original Gygar statue. We found this after a long and brutal fight deep in the dungeon against some Umber Hulks, these awful bug-like things. But this was well rewarded by an ancient longsword with powerful magic, hidden under the Gygar statue, once we placed the correct orb in his hands.

And now we’re back in Waterdeep getting a well-earned rest!