We headed into the Lady’s Ward early to open up the store, Water’s Garden Shop. Ceryi had acquired it off a debtor, and all of the employees had been killed when the previous employer tried to use summoning magic. On our way to the shop we were shaken down by a gang of Harmonium guards, but a bribe saw them on their way.

We got to the shop to find a range of exotic plants and sea creatures, as well as garden furniture. We were greeted by Buddy, an ex-wizard’s familiar rock lobster. With his help we were able to get through the day, feeding the animals and plants, cleaning and restocking. Also he turned out to be a pretty sound political debater. It only took me about an hour or so of his company for me to pay for his freedom. 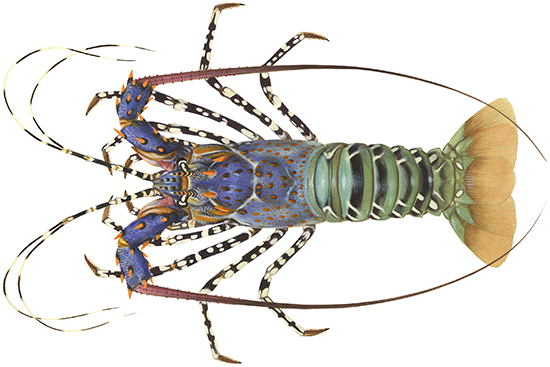 We had many visitors. A delivery man showed up a few times with new stock. A little half-elf boy came in to buy Buddy, but I had to explain to him that Buddy was no longer for sale and that if he wanted to be Buddy’s friend he should talk to him. That didn’t interest him. Word had to wrangle a few frogs who tried to escape. I discovered a dead fish and thankfully with Buddy’s help managed to analyse the disease in the tank and pour in a potion of greater healing before the disease killed anymore fish. Marja swept the floor, restocked, and argued her political revolution with Buddy.

I discovered a talking newt who claimed to be a princess, but when I took her outside and released her from the polymorph spell, she was actually a hag called Agnes Fishlips. I let her scamper off. Then a little old lady came and bought a few different plants for her new tavern. Word went off to deliver her plants. The little boy came in again but still wasn’t interested in getting to know Buddy really. Two men came in acting suspicious. Marja watched them. But eventually I figured out, by the way they kept looking out the front window, that they were hiding from someone, so I showed them through the back door.

I made toys out of rocks and flax for the fishes, and we received a new delivery of fish, Elysian fantail specifically. Then we had the big client come in, the one that Ceryi had told us to look out for. Her name was Lady Shilandra Mossfeather. I told her to ask whenever she wanted help, but as we set up new tanks and helped the little old lady, who came back to change her order, she started to look bored. So I turned into a seahorse and had some of the fish do some impressive choreography to get her attention. It was a little too much perhaps, because even though she placed an order with us for a very impressive tank with glow in the dark fish, it seemed that I was the thing she really wanted to purchase. She even stipulated that it be me coming to do the installation personally in her chambers.

While Wolf was walking with her to deliver setup pieces, Marja went out to commission glassblowers and carpenters, so Buddy and I were alone in the shop for the next few visitors. A necromancer came in and demanded that a certain crystal ball was his, and I could hardly stop him before he left. Oh well, at least the loss wasn’t too great to the shop. The little half-elf kid returned with henchmen and more money, but I still turned him away, so he threatened to return with his parents. Four teens came to buy goldfish, but when I tried to sell them tanks I realised they had no intention to keep the fish alive, so I sent them away. After lunch, we got a visit from Shimeshka the Marauder’s ‘fire service’. I took the wiser path (for now) and paid their stiff 300 gold fee. An elegant woman came in trying to buy 28 goldfish as spell components. I sent her away with an earful about using spell foci to avoid animal cruelty. Then, once Word had returned, a crazy homeless druid called Old Gameth came in and grew murderously angry because apparently I had ‘sold his friend’ (presumably one of the plants?). He cast a thunder spell and shattered four of the tanks. Thankfully I had just been learning how to control water! I managed to hold the tank water in the air, turn into a croc and escort him outside where Word pinned him down until he calmed down. Once he was more reasonable, Word bashed the workroom door open and I was able to guide the water flow into tanks in there. We sat him down, gave him some food, and tried to figure out his deal. In the end Buddy suggested taking him to the Bleak Cabal’s asylum, where he would be cared for, so Word escorted him there, with a new baby plant for him to raise as a gift from me.

Finally able to look around, I noticed a plant from one of the shattered tanks crawling off. It was lucky the tank did explode, otherwise I may never have seen this plant! It was a carnivorous red lily. I put it in its own tank and put an expensive price tag on it. Then who should walk through but the half-elf kid and his parents! So I polymorphed Buddy into a human so make them see that he was a sentient being on his own and his son could not own him. So instead they bought the lily. Kid might lose a finger or two. No skin off my nose!

Ceryi finally returned, and considering what a day we’d had and how much money we’d actually made, she wasn’t all that grateful. Oh well. She seemed disappointed in me for buying Buddy. I offered to awaken a frog to replace him as the shop mascot, but only on the condition that it be considered an employee and not a saleable item. She wasn’t keen on that, so I guess we won’t be having anything to do with Water’s Garden Shop anymore. Which is great, because I am exhausted from just one day of retail!

But there did come some good out of it. Buddy is going to come see the planes with us! We’ve even bought him a spellbook and he’s trying to see if any of his long dead master’s magic still lingers in him. Who knows? All I know is, I don’t see any other adventuring party around with a rock lobster in it!